This content is © Stephen D. Smith | All rights reserved.

Philadelphia hosted the Tall Ships America parade of sailing ships in June 2015. The “Sagres” sailed up the Delaware to its Penn’s Landing berth, with the public being invited onboard. The 3 masted barque is 292’ in length and is a classic windjammer. It has served for the past 52 years as the Portuguese navy training ship. It was launched in German shipyards in 1936, and has been modernized with the latest navigational equipment. It was exciting for the crowd as the sailors winched up the sails and she headed out to New York City for the 4th of July […] 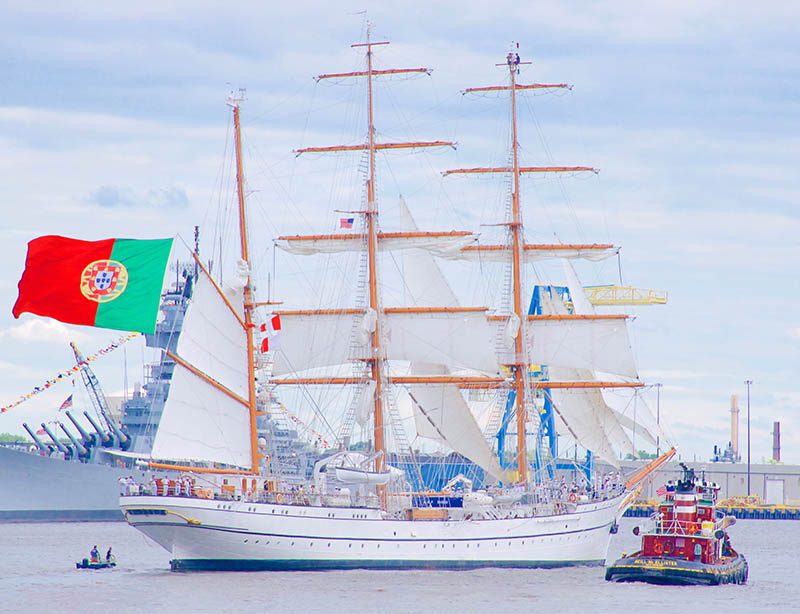 “Jupiter” is America’s oldest working tugboat and is a permanent resident at Penn’s Landing as an historic boat. It was built in the Philadelphia shipyard of Newfie & Levy in 1902 for the Standard Oil Co of New York and christened Socony. It served in the New York/Hudson Valley waterfronts until 1939, then came to Philadelphia, being renamed Jupiter. It was the lead tug to launch the battleship U.S.S. New Jersey from the Philadelphia Navy Yard for the World War II service.  Jupiter played a major role in the development of commerce along the Delaware River region. She was purchased […]